The carnivore diet: is 2 weeks of meat and water any easier than the keto and paleo diets?

“It’s meat and water. That’s it,” my husband says, looking morosely at his half-finished plate of steak. “I’m not allowed other things.”

We’re on day 1 (meal 2) of the carnivore diet – or more accurately, he is, as I’m not fool enough to take on such an idiotic endeavour for two weeks – and I find myself vaguely concerned about Hubby’s health and sanity 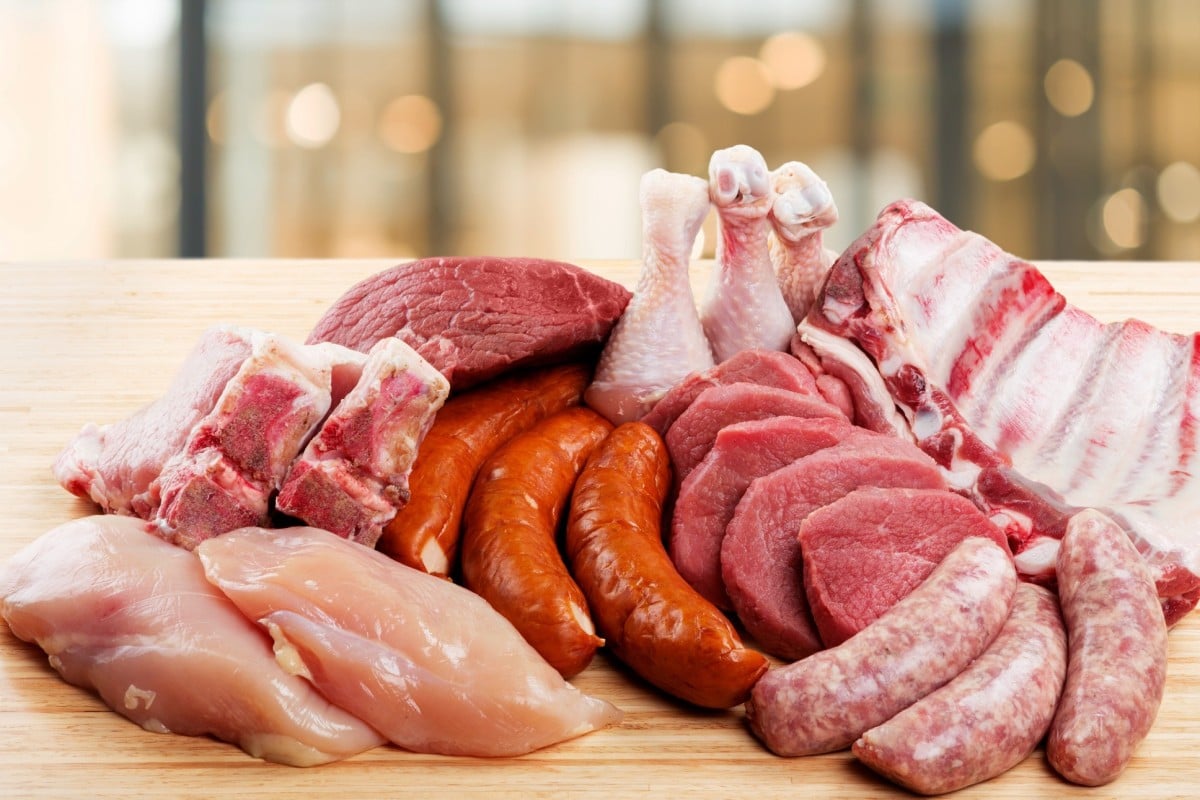 We’re on day 1 (meal 2) of the carnivore diet – or more accurately, he is, because I’m not fool enough to take on such an idiotic endeavour for two weeks – and I already know it’s not going to stick. The primary rule of the diet is that only animal products are allowed (more on that later).

We have a false start in the morning, as apparently even coffee is off-limits – there’s no such thing as a coffee-producing cow, folks, but we double-check the rules and hit the restart button.

So far he has had a 200-gram (7-ounce) steak for breakfast, a 500-gram steak for lunch post-workout, and presumably more steak for dinner.

He’s going to be averaging 1kg of red meat a day and I find myself vaguely concerned about his health and sanity.

“I can eat as much meat as I like – that’s the beauty of it,” he says proudly. Sure enough, the aptly named carnivore diet – known by some as the zero carb diet – doesn’t seem to restrict the quantity of meat one consumes.

One of my favourite subreddit rules about the carnivore diet is ‘If it has a face, eat it’

I suppose when only animal products are allowed, and fruits, legumes and even leafy veg are banned (unlike the diet’s more forgiving cousins, the keto and paleo diets), one must get one’s jollies however one can. He accuses me of being smug about his undertaking and I suppose I could be more supportive, but it’s hard not to feel a tiny bit incredulous as I research the diet over a lunch of garlic bread and cream cheese.

The carnivore diet has popped back up on our radar in recent months thanks to the subreddit r/zerocarb, which has 94.5k members at the time of writing and seems to have a hard core following of people who really, really love meat.

I’ll let you delve into the subreddit abyss yourself but one of my favourite rules on there is, “If it has a face, eat it”.

Essentially, you can eat meat, fish and animal foods such as dairy products and eggs.

You’re not allowed to have anything that doesn’t come from an animal, including vegetables, fruits, grains, nuts, seeds and legumes. Processed foods are obviously a no-no.

Healthy weight loss involves incorporating a variety of healthy and wholesome foods as part of our meals, along with adopting healthy attitudes toward food, practising mindful eating, and engaging in physical activity

A finer point is that you get bonus points for eliminating – or at least limiting – dairy products as they contain the sugar (read: carb) lactose.

The diet comes from the (controversial) notion that our ancestors ate mostly meat and fish, and that today’s high-carb diets are the cause for everything from obesity and anxiety to arthritis and diabetes.

There are also a fair amount of people who use it as a weight loss tool, although most platforms discourage this way of thinking.

“It involves incorporating a variety of healthy and wholesome foods as part of our meals, along with adopting healthy attitudes toward food, practising mindful eating, and engaging in physical activity,” she says.

Weight loss could potentially happen as a result of the loss of bloat from cutting out carbs, but it’s neither real nor sustainable.

“If you follow this diet for a limited time, say for two weeks, you may notice weight loss,” Lui says.

“However, once you stop following this diet and revert to your old eating habits, you are likely to regain much of the weight you have once lost.

If you follow [the carnivorous diet] for a limited time, say for two weeks, you may notice weight loss. However, once you stop and revert to your old eating habits, you are likely to regain much of the weight you have once lost

“You may also feel constipated when you eliminate fibre from your diet, which is found in vegetables, fruits, legumes and whole grains.”

At the time of writing, there has been no scientific research analysing the effects of the carnivore diet.

We’re lucky enough to live close to a very decent butcher and restaurant – Bones and Blades, in Sai Kung, which offers high-quality meat (all grass-fed) that ranges from chops and steaks to sausages, patties and rillettes.

We come to be very familiar with their menu over the course of two weeks: he prefers the beef mince to the lamb; I like the fennel sausages whereas he has a soft spot for the merguez; and their streaky bacon is delicious enough to cheer him up even during the deepest of his zero-carb funks. 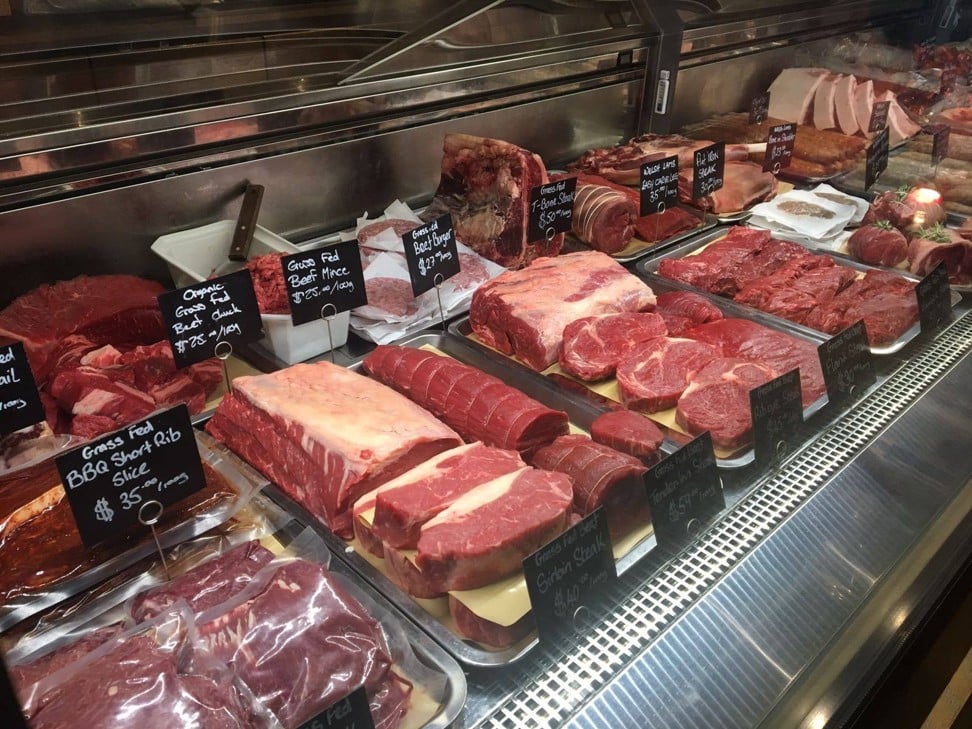 Variety is key when you can only eat meat for two weeks, and while there might be some cheating involved with items such as sausages (which presumably contain herbs, spices and the rest), at least I can rest assured that my other half is eating some of the best meat available.

The limitless intake is also helpful, given that he can eat as much as he wants until he’s full, and high meat quality is key. “Eating well is keeping my spirits up”, he says. “I also feel more energised without the effects of carb coma.”

Eating well is keeping my spirits up. I also feel more energised without the effects of carb coma. I miss green things and ice cream; everything’s red and brown. This diet is going to be hard‘Hubby’

“I miss green things and ice cream; everything’s red and brown,” he says, a week in. “This diet is going to be hard.”

It’s not easy being on such a restrictive diet, and it’s not just about the cravings – he experiences the odd bout of lightheadedness towards the end of the two-week diet. This is not a sustainable diet for the long term. It’s also not great for your mental well-being.

“When a diet is solely based on meat, your food choices are very limited. If you ever feel needing a ‘fix’ of other foods, you will have to suppress your cravings,” Lui says.

“Perhaps you could ignore your cravings once, twice, or even more [times], but ignoring the messages your body and mind are sending you for long periods, is challenging.

When a diet is solely based on meat, your food choices are very limited. If you ever feel needing a ‘fix’ of other foods, you will have to suppress your cravings. Ignoring the messages your body and mind are sending you is challenging

“You are changing your attitude towards food … and for the long term you could put yourself at risk of developing an eating disorder, which leads to issues like social isolation and depression.”

Nutritionally speaking, a long-term diet also has its pitfalls.

“You could put oneself at vitamin and mineral deficiencies because foods such as vegetables, fruits, grains and legumes provide beneficial nutrients to health,” Lui says.

She explains that the antioxidants and phytochemicals present in vegetables and fruits have disease-fighting properties and may reduce one’s risk of chronic diseases like heart disease, type 2 diabetes, obesity, stroke and some types of cancer – notably, some of the diseases that the diet claims to protect a person from.

Other considerations include the overconsumption of organ meats, which could increase uric acid levels, potentially leading to gout.

“One may also be at risk of kidney disease because the body may have trouble in getting rid of the waste products, as a result of protein metabolism,” Lui says.

The unfortunate answer is yes. Our neighbour surprises us with chocolate chip waffles at the one-week mark, and they are simply too good for Hubby to resist.

Post-diet, he manages to keep the weight off for a while with exercise, but the inevitable ice creams and pizzas do take their toll and his weight eventually bounces back.

The main takeaway is that in addition to a significant drop in bloating, he feels more energised, the mood swings that usually result from sudden dieting aren’t significant, and he would be happy to do it again – but only for two weeks.

The quality of meat played a key role in ensuring he didn’t suffer as much as I sadistically hoped he would, and the limitless intake meant that he wasn’t starving.

As he frequently says over the course of the two weeks: “I’m going to need more meat.”

The carnivore diet: is 2 weeks of meat and water any easier than the keto and paleo diets?

All-you-can-eat animal products, such as meat, fish and eggs ... but will ‘Hubby’, our no-greens...

“We source organic, and at the very least, grass-fed meat. Nothing is grain-fed, just because co...

Breakfast at QM! Wake up earlier at weekends!